Our Creek Critters program involves an interactive lesson and demonstration to teach kids about water resources and aquatic ecosystems. As part of this, kids are given the opportunity to see real aquatic organisms collected from a local creek! 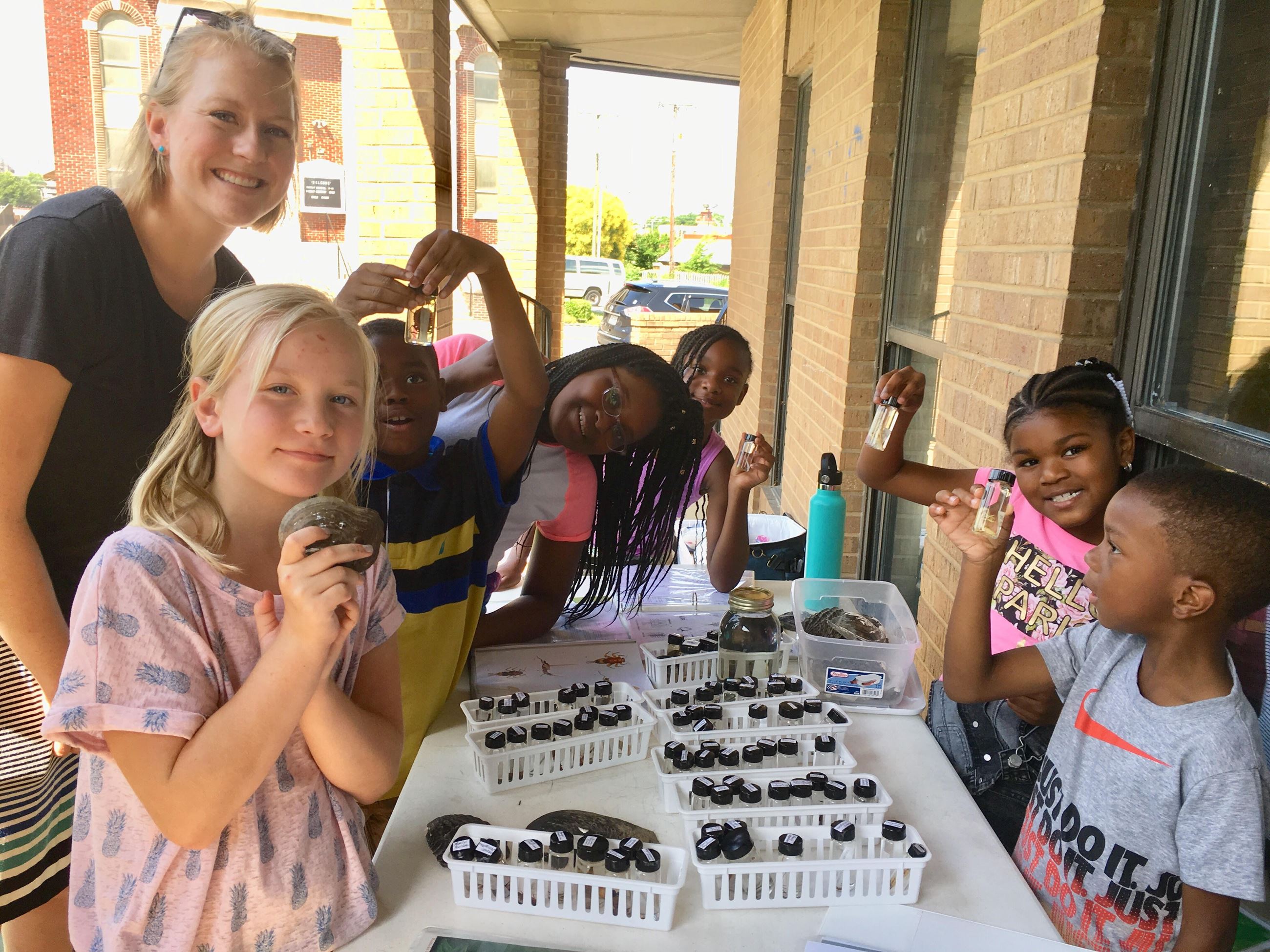 The City of Goodlettsville and its streams are within the Cheatham Lake/Lower Cumberland Sycamore watershed.

EPA recently released How’s My Waterway 2.0 - a tool that assembles publicly available water quality data into a user-friendly package of information on the quality of our nation’s waters. The information the tool provides may help identify areas of need where green infrastructure can improve water quality, assist in the ecological restoration of water bodies, and have a positive impact on aquatic resources and recreational opportunities.

Map-centric and mobile-friendly, How’s My Waterway works on all different screen sizes from desktop computers and tablets to mobile phones. This new tool was created in partnership with the states and water stakeholders. How’s My Waterway opens water information to the public in a way not done before. You can access the new How’s My Waterway for your area at:

Lumsley Fork enters Goodlettsville from the west near Hitt Lane and Brick Church Pike before it drains into Mansker’s Creek. Lumsley Fork suffers from e.Coli contamination and is impaired for 4.7 miles. Lumsley Fork is served by runoff from tributaries, roadways, pavement, commercial and residential land - a mixed urban/agricultural classification.

Slater’s Creek flows from Millersville into Goodlettsville on the north side.  Slater’s Creek enters the City near Long Drive and Highway 31W.  According to the EPA, Slater’s creek suffers from e.Coli contamination, bank modifications, and sand/gravel/rock discharges from a local rock quarry.  Slater’s Creek is impaired for 11.3 miles.  Slater’s Creek is served by runoff from tributaries, roadways, pavement, commercial and residential land - a mixed urban/agricultural classification.

Dry Creek flows from Davidson County into Goodlettsville’s southern corner from the west and runs along some of the City’s southern limits and continues to flow into Davidson County before entering the Cumberland River. Dry Creek is served by runoff from tributaries, roadways, pavement, commercial and residential land - a mixed urban/agricultural classification and drains into the Cumberland River and is impaired by e. Coli and habitat alterations and is impaired for 5.9 miles.

As part of on-going monitoring requirements, the City of Goodlettsville has contracted with Western Kentucky University to conduct stream assessments.

These assessments involve identifying and documenting outfalls (items which channel runoff directly to the stream) and assessments of the stream’s corridor.

When documenting outfalls, we look for possible sources of pollutants which can contaminate our waterways. We collect data such as the size, shape and condition of the outfall, if there’s continual flow coming from it, and if there are odors, color, or vegetation.

Periodically, testing for e. Coli and sediment is conducted by the State and WKU.

What Is A Rain Garden?

A rain garden is a garden of native plants that soak up rain water as it flows across the lawn (and generally receives water channeled to it from a downspout).   Rain gardens are landscaped areas planted to replace areas of a yard.  Homeowner's do not need a large yard to plant a rain garden.  A rain garden can be installed in smaller spaces too.

Below is a generalized guideline on how to install a rain garden.

Why Are Rain Gardens Beneficial?

The materials entering the storm drains are channeled directly to the streams within our communities.  Rain gardens can also help reduce the chances of local flooding, reduce erosion, filter contaminants from rain water, and improve the life of the area where the storm drains enter the streams.

Rain gardens are beneficial to wildlife, improve the look and feel of a homeowner's property and help improve the local water quality (the fish and aquatic life downstream will thank you!).

Suggestions on How To Create A Rain Garden

Size, Design, and Location
Determine the rain garden's size, design and location.  The average rain garden can accommodate water runoff from a roof to be about 1/6 of the size of the roof.  This can accommodate the downspout runoff in a garden that is six inches deep.  If space allows, you could plan the size of the rain garden to be about 1/2 of the area of impervious surface located on the property (or half of the area of the driveway, home/roof, sidewalk, or patio).

Preparation
Do not install a rain garden in an area that is always wet, above a septic system, near a water supply or a well. Make sure the rain garden is more than 10 feet away from a building structure.

A rain garden can be anywhere from three to 12 inches in depth, depending on the slope of the yard.  A flat area or one with a gentle slope can be three to five inches deep, whereas, eight to 10 inches works for an eight to 12 percent slope.  Dig out the area to the desired depth as it is important to get the bottom of the rain garden as level as possible so runoff water will spread evenly throughout the garden.

Make sure the plants meet sun/shade requirements and are spaced apart accordingly.

Gather friends and family to help install the rain garden!

Maintenance
Hand-picking weeds will help the plant growth in the first year or two.

Herbicides are not recommended for rain gardens.  Be careful if applying herbicides to adjacent lawns.

Add around two inches of mulch to help establish the garden and to keep weeds down.  Heavier mulches such as pine, straw, or wood are preferred.

In the spring, cut plants as needed to improve growth.

If standing water occurs longer than two days, that may hurt plants and may be a sign the rain garden is not functioning properly.   A small hole may need to be dug to allow drainage.  If this does not help, re-digging an re-leveling a portion of the garden may help.

Water harvesting is another component of going green and making a difference with the environment, local water quality and energy efficiency.

By harvesting water, it is using natural rain water for landscaping purposes and not taking the demand from the local water supply.  Read an article on what water harvesting is (PDF)all about.

View a wonderful example of a rain garden brochure (PDF).