TN native.  Its original native range was pretty much confined to a relatively small area centered on the southern tip of Illinois and going out a radius of roughly 80 miles.  This species has been spread all over the eastern U.S. and most everybody has seen one.  Its uniqueness is evidenced by its large heart shaped leaves and foot long beans hanging from its branches.  Little Fall color.  Large tree. 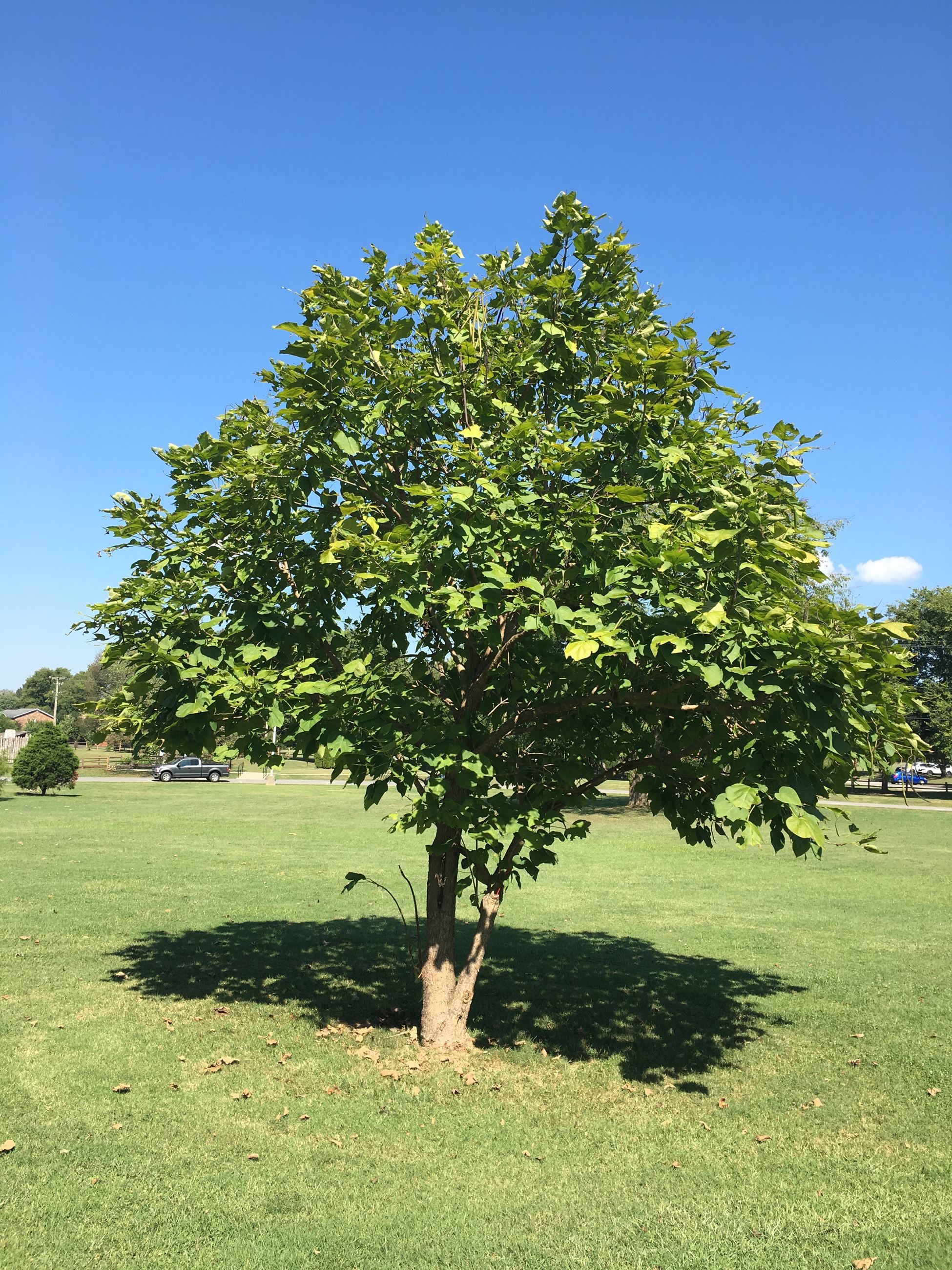