TN native.  A fairly common large growing hickory that was present in much of the lowland areas of the original forest of the central eastern states to eastern Oklahoma and Nebraska.  Its nut husk is the largest of the hickories and the nut is the biggest, and edible.  Hence the name it is sometimes called “Kingnut”.  The leaves are large and typical hickory shaped compound leaf with 7 leaflets typical.  The wood is tough, strong, heavy and not decay resistant outside on the ground. 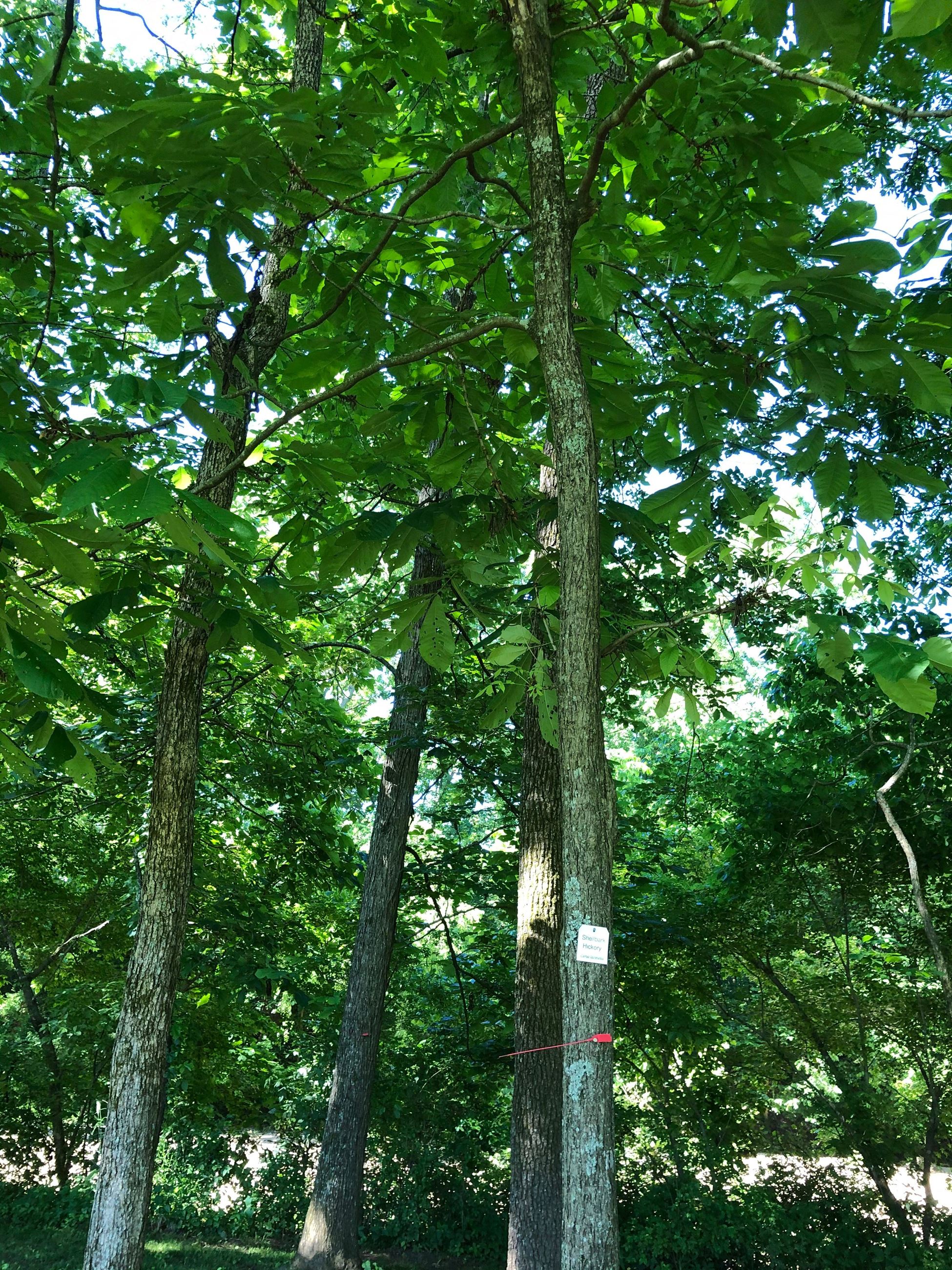